The creator of Highlander will be exploring the historical story of the first 'Black Samurai'...

The man who originally conceived the concept of Highlander, Gregory Widen will be returning to the world of swordmasters as he starts work on a script called Black Samurai. The story will be one equally concerned with history but grounded in actual events, being based on the tale off Yasuke, reputed to be the first – and possibly only – black-skinned samurai. 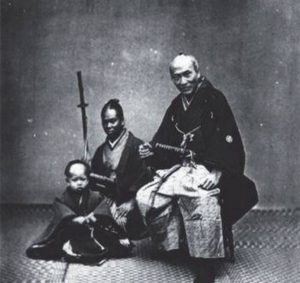 A photograph of the famed Yasuke, the ‘Black Samurai’…

Set in the mid-1500s, there are various versions of the original story and actual facts of the real-life Yasuke, but Widen has created his own narrative on the series of events that led up to Yasuke becoming a swordsman for a feudal warlord named Oda Nobunaga. Lionsgate – who are also in the process of creating the Highlander remake – are the studio behind the project.

“Black Samurai is based on the true story of an African whose journey to Japan comes with conflicting background stories,” Widen told industry site Deadline. “The one I’ve chosen is that he was a slave soldier after the fall of Abysinnian Bengal, a black kingdom run by Ethiopians. He was sold into slavery and found himself in the care of Alessandro Valignano, an Italian missionary. They formed a bond, and when there were complications in Rome, he was sent to Japan and took Yasuke with him. There he met Oda Nobunaga, who was interested in all Western things, and through a series of bizarre events, the Jesuit left Yasuke with the warlord.”

It’s not the first time that the name Black Samurai has been used for a project featuring a black main-character and eastern philosophy – though the series of 1970s’ books by Mark Olden (which have a US soldier training under  a Japanese master) and the Jim Kelly martial-arts outing of 1977 of the same name are probably about as different from this latest project as you’re likely to get.

Crushin’ it – James Horan gets squashed for Geico…