Series director Clay Borris will be catching up with some old friends at the 'Gathering'...

Though it’s possible you’ll recognise Clay Borris for his star turns alongside James Remar in Quiet Cool (1986) and Richard Grieco in Under the Gun (1994), it’s  his directorial talents which bring him to The Gathering. 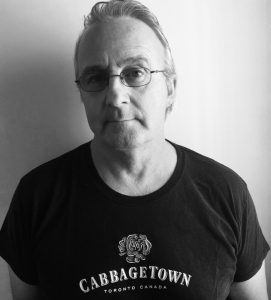 As well as motion-pictures such as Alligator Shoes (1981) and The Gunfighters (1987) and Prom Night IV – Deliver Us From Evil (1991), Clay worked on many tv shows over the years including directing episodes for  Nancy Drew,  Sweating Bullets, Forever Knight, The Adventures of Sinbad,  PSI Factor: Chronicles of the Paranormal , Relic Hunter and the adaptation of Peter Benchley’s Amazon.

Of course, Clay also directed eight episodes of Highlander: The Series: The Watchers, The Zone, Revenge of the Sword (in which he cameod as, yes, a film director), Epitaph for Tommy, Under Colour of Authority, Bless the Child and Line of Fire.

Clay is looking forward to catching up with some old friends and talking about his work on the show during this first appearance at a HLWW event….